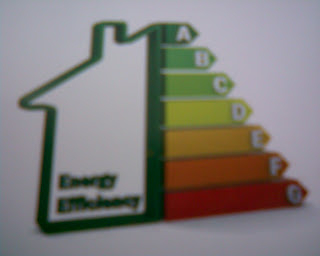 Additionally, Alaska has some of the best wind resources in the United States, a large number of volcanoes and hot springs, numerous opportunities for the production of fuel and heat energy from biomass, and receives more sunlight during the summer than the equator.More info at solarserdar.blogspot.com.

Because many types of renewable energy resources are developed and utilized locally, Alaska’s lack of energy infrastructure makes renewable energy an ideal means by which communities can generate cheap, stable, environmentally responsible energy.More info at solarserdar@gmail.com.

There are six major forms of renewable energy resources, all of which are abundant in Alaska:

• Hydroelectric – power derived mechanically from the force of moving water

• Solar energy – radiant light and heat harnessed for use by humans

Lack of energy infrastructure is he tsingle greatest challenge facing Alaska in the development of our renewable resources. Though abundant, many of the best resources are in remote locations that are difficult to access and develop. As a result, many of the renewable energy projects in Alaska are cutting edge, using technologies that have been proven at a large scale and applying them to small scale, economical uses.More info at solarserdar@gmail.com.

Thirty-one states, including Alaska, have renewable energy funds (sometimes called clean energy funds), most of which are supported by small, mill-rated surcharges on energy sold to consumers. These surcharges are sometimes referred to as system benefit charges. Renewable energy funds provide support for the development of renewable energy by helping to remove market barriers, lowering financing costs, developing infrastructure, and educating the public. For example, the system benefit charges in Oregon are deposited into an independent trust that funds eligible wind, solar electric, biomass, small-scale hydro, tidal, geothermal, and fuel cell projects. These projects are supported by grants, loans, rebates, equity investments, and other financing mechanisms used by the fund.More info at solarserdar.wordpress.com.

Terms of the various funds vary from state to state. Some states have scheduled funds to last only five years. Other states have open-ended funds. Longer-term funds provide greater stability for renewable energy developers. It is estimated that over the next 10 years the combined renewable energy funds of the 31 states will invest about $3.5 billion in renewable energy generation.

In Alaska, the Renewable Energy Grant Program was created in 2008 and is administered by the Alaska Energy Authority. In the first two yearsof this fund, the Legislature has already appropriated $125 million for grants for qualifying projects.