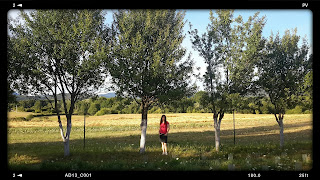 Croatian Center of Renewable Energy Sources (CCRES) is a non governmental organization registered and working in Croatia in the field of renewable energy, agroforestry, reforestation and sustainable land uses. The organization started working at CCRES Research facility in the year 2013 and has been involved with giving farmers free seeds, training farmers and community at large on more about agroforestry techniques and environmental conservation awareness. CCRES has been able to facilitate planting of trees in forest lands, community farms, schools, waterlines and private lands. Some of the benefits the farmers have been able to acquire from the organization include; free seeds, free training manuals in agroforestry, workshops in agroforestry and sustainable land uses. 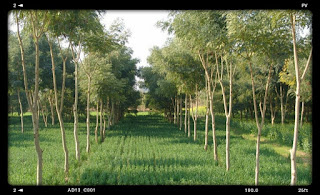 Agroforestry takes advantage of the interactive benefits from combining trees and shrubs with crops and/or livestock.
Several types of agroforestry:
*Forest Farming: the intentional cultivation of non-timber forest crops underneath the established canopy of an existing forest.
*Forest Gardening: mimicking the structure and function of forests in the way we garden, or using the forest as a model for the way we garden.
*Silvopasture: grazing animals under a forest canopy of about 50% cover, so that grasses can persist
*Riparian Buffers: tree crop systems in waterways like steams, rivers, wetlands, etc.
*Windbreaks: tree crop systems to buffer effects of wind
*Alley Cropping: rows of trees in between conventional crops, like Black Walnuts in-between rows of corn or soybeans 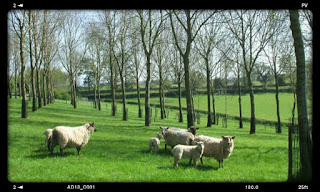 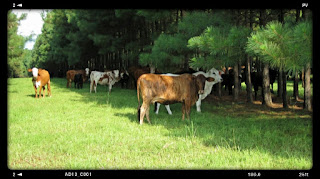 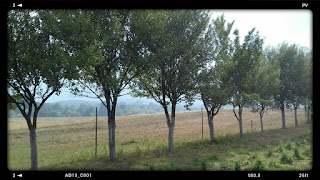 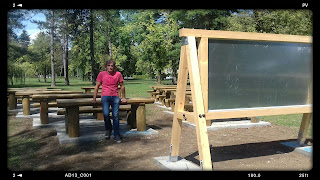 Wind protection is a long-standing indigenous practice in traditional agriculture of many regions. In attempts to improve or establish wind protection schemes with trees, it makes sense to study the link which can be observed between traditional and relatively recent but promising agroforestry practices. And it makes sense as well to try to quantify phenomena taking place in such traditional and such promising practices alike.In the case study in Croatia reported here, the farmer requested CCRES to assist in providing the agrometeorological input into the set-up of experiments under conditions in farmers' fields, with a system of wind barriers with trees, in irrigated crops in Lika Region.
The choice to use multiple tree breaks appears justified by the increase in roughness over a larger area in addition to separate wind break effects, and by the multipurpose use of trees and their products which is economically possible. In larger scale agriculture, where irrigated cash and food crops have to be protected against very strong winds, relatively narrow rows of trees are to be preferred above wider belts as an intercrop or scattered trees or bushes.
As mentioned earlier, where mechanical damage from strong winds is the primary limiting factor, the agronomist member of the team should pay primary attention to phenology, growth and yield parameters and visual or even microscopic observations of actual mechanical damage. This will make it possible to observe differences between unprotected crops and protected ones at different distances from belts.

Whether in strip cropping, in using narrow tree rows or in mixed experiments, cost/benefit ratio determinations are absolutely necessary to understand the proper gain from the multipurpose role of trees and from yield (quality) increases due to the trees or crops applied for protection from wind.

Take control of your energy consumption 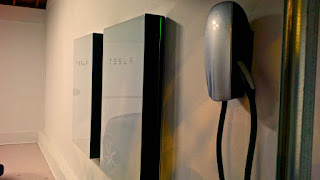 Take control of your energy consumption


The Powerwall is a home battery system that turns your home’s solar panels into an all day resource – increasing self-consumption of solar – while also offering backup in the event of an outage. The Powerwall enables more of your home’s electricity use to come from solar, which enhances solar functionality, and reduces energy costs.
When solar panels produce more power than a home needs, the excess solar is sent back to the grid. The Powerwall enables a homeowner instead to capture and store excess solar power produced during the day for use at night. The result is greater self-consumption of your solar generation and reduced energy costs.


Tesla is far from the only company looking to profit off of rechargeable batteries for the home.At-home batteries are a necessary purchase for anyone looking to convert their home to solar power. The batteries store the electricity generated by solar panels, which can then be used at night or during peak grid times to save money on your electricity bill.But the batteries can also be used to charge electric vehicles, which is why many automakers are now selling their own units.Scroll down to see the 10 at-home batteries looking to take on Tesla's Powerwall 2:
First, some information on Tesla's Powerwall 2 — a 264-pound, lithium-ion battery that you can mount on your wall. Panasonic makes the cells for the battery, while Tesla builds the battery module and pack.
A single Powerwall unit stores 14 kWh of energy, but you can link up to 10 batteries side-by-side to increase storage. A single unit, including installation, can cost as much as $11,450.


POWERWALL 2 SPECIFICATIONSTechnologyWall mounted, rechargeable lithium ion battery with liquid thermal control.Model 213.2 kWh – For daily cycle applicationsWarranty10 yearsSupported ApplicationsSolar self-consumption, Time of use load shifting, BackUpPower7kW peak / 5kW continuousScalableUp to 9 PowerwallsDimensions1150mm x 755mm x 155mmInstallationFloor or wall mountedIndoor or outdoorOperating Temperature-20°C to 50°CUse more of your solarInstead of sending excess solar energy into the grid, Powerwall stores it for use any time.Weight110kgAlways connectedMonitor your solar energy use in real-time and receive alerts when Powerwall is preparing for cloudy or severe weather.All in one inverterPowerwall uses an internal inverter to convert DC energy to the AC energy required for your home, lowering cost and complexity.Depth of Discharge100%


Tesla has offered battery and solar installations as one process ever since it acquired SolarCity last November. Tesla is now selling solar roof shingles that are designed to look like an actual roof to compete with rival solar installers, like Sunrun and Vivint, on an aesthetic level.


1. LG Chem's RESU battery is probably Tesla's closest competitor in the space. Last October, LG Chem partnered with solar company Sunrun to bring its battery option to the US.


The RESU is now available to Sunrun customers and its products distribution arm — a similar strategy to making the Powerwall available to SolarCity customers. It stores up to 9.8 kWh of energy and starts at around $4,000 for lower-voltage options.


2. Mercedes also has the potential to rival Tesla's home battery business. The company announced Thursday it will partner with Vivint to sell its home battery in California.


The German automaker is following Tesla and LG Chem by partnering with a solar company to combine the battery and solar installation processes. Mercedes' battery stores 2.5 kWh of energy, but units can be combined to store 20 kWh. The biggest storage option costs $13,000, installation included.


3. Nissan offers a rechargeable battery option, called XStorage, which holds 4.2 kWh of energy storage. The automaker began selling the XStorage in May in the United Kingdom, where Tesla and Mercedes also sell their battery options.


Nissan's xStorage battery costs $4,500, which includes the price of installation. Nissan is looking to set itself apart as a sustainable battery provider by using old battery cells in the units.


4. BMW plans to sell two battery options that can store a whopping 22 kWh and 33 kWh worth of energy, but they have yet to launch. Like Nissan, BMW will take a sustainable approach by reusing batteries from its BMW i3 series.


5. Sonnen, a German company, sells several at-home battery options with up to 16 kWh of storage. The eco compact version pictured here holds 4 kWh of energy and costs $5,950. It comes with the inverter included.


The company derives two-thirds of its revenue from its German operations, but is looking to expand abroad. Sonnen opened a factory in Atlanta in April to begin production for the US market. It also has plans to expand to Australia, the United Kingdom, and Italy.


6. SimpliPhi Power is an at-home battery maker that's been around since 2002, but its original name was LibertyPak Company. SimpliPhi offers several battery options, the largest of which stores 3.4 kWh of energy.


SimpliPhi's batteries can be combined to make a battery pack as large as you need. The company recently partnered with solar installer CivicSolar to provide a comprehensive energy system.


7. Sunverge offers battery systems providing anywhere from 7.7 kWh to 19.4 kWh of energy storage. Weighing around 500 pounds, the battery has to be installed by a trained Sunverge specialist.


Sunverge comes with a corresponding app so you can monitor your solar energy storage and see electric grid costs at different times. A Sunverge unit can cost between $8,000 and $20,000, depending on the size you get.


8. Powervault is an at-home battery system that is sold in the UK. All units come with an inverter included, and the most powerful model stores 6 kWh of energy. Prices start at roughly $3,000.


9. Palo Alto-based ElectrIQ sells a battery for US homes that stores 10 kWh of energy. Its retail price is about $16,000 and includes the price of an inverter.


10. Panasonic, which makes the cells for Tesla's home battery, also has its own unit that can store 8 kWh of energy. It's currently available in Australia.


Panasonic's battery weighs about 185 pounds, but the cost of a unit is not made readily available.

SWIFT RZBHHR2X
Posted by CROATIAN CENTER of RENEWABLE ENERGY SOURCES at 12:08 AM 1 comment: