Posted by CROATIAN CENTER of RENEWABLE ENERGY SOURCES at 8:24 AM 1 comment: 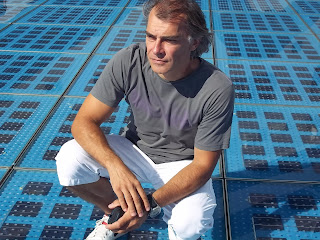 By 2030, the EU will have to get 32% of its energy from renewable sources and reach an energy efficiency headline target of 32.5%. The new targets are set out in a revised directive on energy efficiency and a revised directive on renewable energy which were adopted today by the Council. The Council also signed off on the so-called governance regulation, which sets out the framework for the governance of the Energy Union and climate action. This completes the final stage in the legislative procedure for the three files, which are part of the Clean Energy package.

The revised energy efficiency directive establishes a framework of measures whose main objective is to ensure that the EU's 2020 and 2030 headline targets are met. Increasing energy efficiency will benefit the environment, reduce greenhouse gas emissions, improve energy security, cut energy costs for households and companies, help alleviate energy poverty and contribute to growth and jobs.

The EU is switching to clean energy

The EU is switching to clean energy. By 2030, 32% of the energy consumed in the EU will come from renewables.
https://tvnewsroom.consilium.europa.eu/permalink/197350

The governance regulation defines how member states will cooperate both with each other and with the European Commission to reach the ambitious objectives of the Energy Union, including notably the renewable energy targets and the energy efficiency targets, as well as the EU's long-term greenhouse gas emissions goals. It also sets out control mechanisms that will help ensure that the targets are met, and that the range of actions proposed constitute a coherent and coordinated approach.


This clip features stockshots illustrating examples of businesses running on renewable energy, such as the Goss Brewery, in Austria.
https://tvnewsroom.consilium.europa.eu/permalink/204420

The three legislative files are part of the clean energy package, which was presented by the Commission in November 2016. The Council adopted its position (General Approach) in June 2017 for the energy efficiency directive and in December 2017 for the governance regulation and the renewable energy directive.
Following intense negotiations during the Bulgarian presidency, agreements with the European Parliament were reached on the three files in June 2018. The deals were approved by the European Parliament in plenary on 13 November.
Today's adoption by the Council was the final step. The three legislative texts are scheduled to be published in the Official Journal of the EU on 21 December. All three files will enter into force on the third day after their publication.
Posted by CROATIAN CENTER of RENEWABLE ENERGY SOURCES at 7:52 PM No comments: