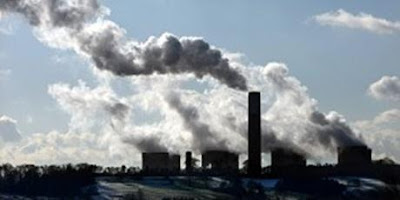 The EU Emissions Trading System (EU ETS) is a cornerstone of the European Union's policy to combat climate change and its key tool for reducing industrial greenhouse gas emissions cost-effectively. Being the first and biggest international scheme for the trading of greenhouse gas emission allowances, the EU ETS covers some 11,000 power stations and industrial plants in 30 countries.

With a turnover of some €90 billion in 2010, the EU's Emissions Trading System (ETS) is the world's largest carbon market. Around 80% of it is traded in futures markets and 20% in spot markets.

The ETS aims to encourage companies to invest in low-polluting technologies by allocating or selling them allowances to cover their annual emissions. The most efficient companies can then sell unused allowances or bank them.

After a series of VAT "carousel" and "phishing" frauds in 2009, the European Commission proposed tighter security measures. But a number of member states declined to implement them because they said they could not afford to.

One Commission official pointed out that tens of thousands of euros spent on security could prevent millions of euros in losses.

A review of the Emissions Trading System (ETS) has been brought forward a year, offering “a golden opportunity” for a re-examination of the current rules to prop up the depressed carbon market, said Connie Hedegaard, the EU's Climate Action commissioner.

The reappraisal would be completed within two months, she said at a press conference outside an informal council of energy and environment ministers in Horsens, Denmark.

With regards to the 2013-2020 auctioning period, "there is a tendency [of] much more allowances going into the market in the early phase, rather than the later stage,” Hedegaard said.

“We think it's time to look into whether that makes sense.”

Other options on the table could include imposing a reserve carbon price, withholding allowances (so-called 'set-asides'), and creating thresholds beyond which allowances trading would be frozen.

While there was “almost unanimous support” among ministers for keeping the ETS as the backbone of EU climate policy, member states were “not very clear” about how exactly this should be done, he said.

Earlier this month carbon prices plunged to a record low of €6.14 per tonne, way below the €30 a tonne price the architects of the cap-and-trade scheme once envisaged.

Analysts blame a massive over-supply of credits, uncertainty over the climate investment outlook after 2020, and an economic recession which has prevented a growth in emissions needing to be offset.

In March, the European Parliament called for Brussels to withhold carbon allowances to boost their market price before the third period of ETS trading begins in 2013.

The renewable energy industry believes such a move would send a price signal to investors encouraging market stability and more green investment.

However, one paper submitted to the informal EU council by Poland, a coal-dependent opponent of further climate legislation, proposed allowing credits traded under the Kyoto Protocol into the ETS, a move likely to lower carbon prices still further.

Poland is isolated but has already used its veto twice to prevent the European Council from adopting the Commission’s 2050 energy roadmap.

It has also disrupted the EU nominations procedure for the UN’s planned $100-billion-a-year Green Climate Fund board, by demanding a permanent seat and, submitting and then withdrawing a separate application for a seat through a non-EU bloc.

One informed source said that Warsaw’s positioning was a gambit to prise more funds from the EU’s budget, with no strings attached.

“They don’t have a plan,” he said. “Their key priority is getting the EU to give them a lot of money from the Multi-Annual Financial Framework but it’s inevitably going to fall apart.”

“You can’t keep poking states like Germany, the UK, and the Netherlands in the eye and expect them not to retaliate.”

The ETS issue divides the energy business sector too, with companies such as Shell - which have invested heavily in carbon capture and storage - calling for a billion allowances to be set aside from auctioning, a move strongly opposed by BusinessEurope, the umbrella group for Europe’s employers' confederations.

“The ETS is delivering,” Philippe de Buck, director of BusinessEurope, told the EU ministers in Horsens. “It is on track to reach its target of reducing emissions by 21% compared to 2005 by 2020. I hope you will consider this as an important achievement.”

But he conceded that “some have expressed concerns about the lower than expected price for ETS allowances - also within the business community.”

A statement by the group called for a one-off set-aside, a revision of the EU’s 2020 emissions target, and a rethinking of ETS allocations more generally.

“At under €7 per tonne, the carbon price is not even high enough to support a switch from coal to gas,” she added.

The EU ETS has put a price on carbon emissions and shown that it is possible to trade in greenhouse gas emissions. Emissions from installations in the scheme are falling as intended. The changes to be introduced in 2013, notably a progressive move towards auctioning of allowances, will further enhance its effectiveness.
The success of the EU ETS has inspired other countries and regions to launch cap and trade schemes of their own. The EU hopes to link up the ETS with compatible systems around the world to form the backbone of a global carbon market.

Posted by CROATIAN CENTER of RENEWABLE ENERGY SOURCES at 4:53 PM