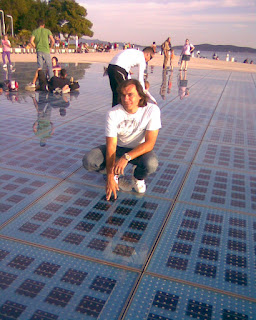 Photovoltaics is a semiconductor technology used for generating electricity by converting the heat from the sun rays into direct current electricity. These power plants encourage the use of green sources of energy which are not only available in abundance but also they help the environment by reducing or dependence on the pollution generating fossil fuels for power generation. A number of solar cells composed of a photovoltaic material are used to make a solar panel, and a number of such panels are installed in the solar photovoltaic power stations. Some of these world's largest solar photovoltaic power stations promoting green energy are given in this article.

Solarpark Senftenberg
This photovoltaic power plant is the world's largest and is located at a place close to the city of Senftenberg, Eastern Germany which was earlier used as an open-pit mining area. This 78 MW plant consisting of 62 central inverter stations and around 330,000 crystalline solar modules was completed within just 3 months and is capable of generating power for about 25,000 houses. In fact, the total installed capacity of this complex is 166 MW because it includes another plant sharing the common infrastructure having an overall capacity of 70 MW and one more power plant with a capacity of 18 MW which was completed one year earlier. Three German banks financed the € 150 million investment for this 78 MW plant. Besides setting new standards in the building of large PV installations, this project has also shown that in comparison to other types of power plants, the large-scale photovoltaic systems can be completed much faster. The plant is able to generate power at lower cost despite of the fact that its location is not-always-sunny Germany. Utility scale projects like this not only speeds up the transformation to renewable sources of energy but also plays an important role in securing energy supply needs.

Sarnia
The Sarnia Photovoltaic Power Plant located near Sarnia, Ontario in Canada with a total capacity of around 80MW is one of the world's largest and modern photovoltaic plants. This project developed by Enbridge was completed in two phases, the first phase delivering 20 MW was completed in December 2009 and the next phase which is capable of delivering 60 MW was completed in September 2010. The Sarnia power plant covers a total of 950 acres of land out of which around 966,000 sq mt is covered by 1.3 million thin film solar panels. The expected annual yield of this plant is about 120,00 MW. To produce the same amount of power in a coal plant will lead to an emission of 39,000 tonnes of CO2 per year. You can just imagine the damage that could be caused to the environment by such huge amounts of greenhouse gases.

Lieberose
The Leiberose Photovoltaic Park operated by the Juwi Group (which has a 20 year contract on the land) is the world's third-largest plant of its kind. This plant located in Leiberose, Brandenburg, Germany went fully on line in October 2009 and has a total capacity of 71.8 MW. The solar park consists of 700,000 solar panels and supply electricity to 15,000 houses. The solar panels used here are highly energy efficient and converts a large portion of the solar energy into electrical energy. Not only does it produce cheap and green energy, but also reduces the use of pollution generating fossil fuels.

Montalto di Castro
The Montalto di Castro photovoltaic power station located in Viterbo, Italy is the largest photovoltaic power plant in Italy. Before being acquired by SunPower, it was developed in several phases by the independent developer SunRay of which the first phase having capacity of 20 MW got completed in late 2009. The three phases which were commissioned in 2010 have a capacity of 8 MW each, thus increasing the total capacity of this plant to 44 MW.

Finsterwalde
Until November 2010, the Finsterwalde Solar Park with a total capacity of 80 MW was the world's largest photovoltaic plant. This one is also a German Project and is located in Finsterwalde, Germany. This power plant is a joint venture of LDK Solar along with Q-Cells International and was developed completely in three phases. The first phase of this power plant equipped with LDK solar wafers and Q-cells modules was commissioned in the year 2009 while the other two phases were completed later in 2010.
Croatian Center of Renewable Energy Sources ( CCRES )
Posted by CROATIAN CENTER of RENEWABLE ENERGY SOURCES at 11:46 AM