NEWS and EVENTS by CCRES 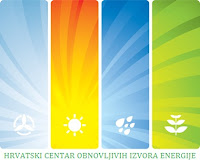 A fuel cell works like a battery that is constantly kept charged by feeding a fuel such as natural gas or hydrogen into its anode, or negative terminal. Compared with diesel generators, which are often used for backup power, fuel cells use no petroleum, are quieter, and produce fewer pollutants and emissions. Fuel cells also typically require less maintenance than either generators or batteries do, and they can easily be monitored remotely to reduce maintenance time. The primary challenge facing currently available fuel cells is the higher first cost for the units, compared with the first costs of conventional technologies they replace. Targeted fuel cell demonstrations such as this one may increase the scale of deployment and help improve the economics of the technology, which could lead to more widespread adoption and use.

The projects will be conducted under a memorandum of understanding (MOU) signed by the two departments in July 2010. LOGANEnergy will manage the project, using fuel cells from ReliOn, Inc.; Altergy Systems; Idatech, LLC; and Hydrogenics Corporation. The $6.6 million project is a joint effort of DOD's U.S. Army Corps of Engineers and DOE's Office of Energy Efficiency and Renewable Energy. DOD will manage the project, and DOE's National Renewable Energy Laboratory (NREL) will collect performance data for the first two years of the five-year demonstration. The NREL data will be available to fuel cell developers and commercial and government leaders interested in adopting this technology. See the DOE press release, the MOU

, and DOE's Fuel Cell Technologies Program website, which includes a basic description of how a fuel cell works.

DOE announced on July 21 that 31 tribal energy projects will receive $6.3 million over two years as part of DOE's ongoing efforts to support tribal energy development and continue strengthening the partnership with Tribal Nations. These competitively selected projects will allow Native American tribes to advance clean energy within their communities by developing strategic energy plans, expanding the skills and knowledge of tribal members, and improving the energy efficiency of their buildings.

DOE on July 21 announced $2 million in funding to support up to six regional competitions that will inspire, mentor, and train students from across the country to develop successful business plans for a new generation of U.S. clean energy companies. Under a new nationwide initiative called the National University Clean Energy Business Challenge, regional competitions will take place before May 1, 2012. Winners of the regional competitions will compete for a national grand prize at DOE headquarters in Washington, D.C., in early summer 2012. This national initiative will enable student participants to gain the skills required to build new businesses and transform promising innovative energy technologies from U.S. universities and national laboratories into innovative new energy products that will solve our nation's energy challenges.

For its new funding opportunity announcement (FOA), DOE will consider applications that propose annual university-based business creation competitions for student entrepreneurs with business ideas in energy efficiency and renewable energy. Student teams that participate in the competitions will work with experienced mentors from the energy industry and start-up community, along with university and national lab-based researchers, to develop creative business plans for transforming groundbreaking energy technologies into high-impact market solutions. The new initiative, facilitated by DOE's Office of Energy Efficiency and Renewable Energy, aims to increase the number and quality of start-up businesses created with university-based energy technologies and to promote a new generation of energy entrepreneurs. Applications are due August 22, and DOE expects to make its selections before the end of September. See the DOE press release and the FOA, which is posted on the FedConnect website.

DOE and the Ad Council launched a national consumer education campaign on July 19 to help consumers save money on utility bills. Created pro bono by Texas-based advertising agency GSD&M, the public service advertisements (PSAs) aim to help consumers save money on their energy bills by doing things such as sealing leaks in their homes and using energy efficient products. The PSAs direct homeowners to DOE's Energy Savers website, where they can find tools and information to help them make their homes more energy efficient. Following the Ad Council's model for public service promotions, the announcements will be distributed to media outlets nationwide and they will air in advertising time and space that are donated by the media. See the DOE press release, and to see energy saving tips and the ads prepared for the campaign, visit EnergySavers.gov.

We're all familiar with the award ceremonies for our favorite movie, music, and television stars, but what about the scientists and entrepreneurs helping us innovate our way to a clean energy future? What recognition do they get for their outstanding work?

Every year R&D Magazine presents what they call the R&D 100 Awards. Often referred to as the “Oscars of Innovation,” the awards are given to the top 100 innovative technologies, processes, and materials with promising commercial applications. The magazine recently announced that a Photovoltaic Technology Incubator- supported silicon ink technology developed and refined at DOE's National Renewable Energy Laboratory was one of three solar technology projects supported by the lab to have won a 2011 R&D 100 award (and one of 36 that resulted from DOE's investments in R&D). See the Energy Blog post.

Where to Build in New York City? Team New York Looks Up

New York City's famously dense urban landscape presents a challenge to developers hunting for a bit of unoccupied space to build on. Team New York in the U.S. Department of Energy Solar Decathlon 2011 believes it has identified the most underutilized real estate in the entire city—flat rooftops, where space and access to sunlight are plentiful.

More specifically, the Solar Decathlon team, composed of architecture and engineering students from The City College of New York, has designed a house for rooftops of mid-rise buildings—both residential and commercial. The students envision their house, dubbed the Solar Roofpod, as a prototype that can be replicated in densely populated areas around the country. See the Energy Blog post.

Posted by CROATIAN CENTER of RENEWABLE ENERGY SOURCES at 1:31 PM