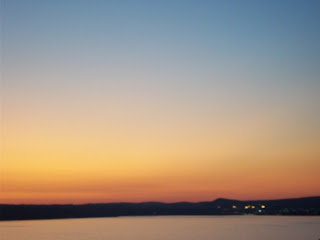 Berlin, Germany – "We are the energy transition!" read one of the many placards hoisted in the air at the Germany-wide "Stop the Solar Energy Exit" demonstration at Berlin's Brandenburg Gate on Monday. According to the event's organizers, 11,000 people were on hand for the protest against the Merkel government's energy policies.
The protesters and speakers from the three main opposition parties – the Social Democrats, Greens, and the Left Party – as well as the solar power industry, and several major trade unions accused the center-right government of undermining Germany’s historic Energiewende, or energy transition. In the aftermath of the Fukushima disaster, the government shut down half of its nuclear power plantsand pledged to accelerate the country’s transition to renewable energies.
Yet, nearly a year down the road, there is still no overreaching strategy for Germany to meet the ambitious targets it set for itself, including having 36 percent of its electricity generated by green sources in 2020. Moreover, in recent weeks the government announced a draft law that includes hefty reduction in the subsidies that solar power receives from its Feed-in Tariff. A second element in the draft law shifts responsibility for the amount of renewable electricity eligible for support from parliament to the ministries. This has Energiewende proponents worried that investors will be subject to short-term ministry decisions that will undermine security of planning and financing of projects.
The moves triggered a storm of protest from the solar industry, members of which claim that the abrupt and steep cuts will endanger Germany’s aggressive solar energy development and jeopardize tens of thousands of jobs.
Günther Cramer, president of the German Solar Energy Association (BSW-Solar), kicked off the demonstration saying, “The goals of the energy transition can not be achieved when solar energy’s growth is strangled. The vast majority of Germans are in favor of an ambitious expansion of renewable energies and solar,” he said, referring to opinion polls. He demanded that the government, “Not disrespect the will of the people.” Only the giant energy companies will profit from a reduction in solar energy's capacity in Germany, he underscored. “We’re taking a piece of their market. That’s why solar energy is a thorn in their side.”
The demonstration, on a cold but brilliantly sunny day, had a strikingly different feel than the anti-nuclear energy demonstrations in recent years, the largest of which in Berlin last year drew nearly 250,000 people. At this event, the solar power industry and its workers turned out in full force. Some in their work clothes, others in t-shirts that read “Protect Solar Jobs,” they wielded printing-shop-produced posters and orange balloons. The demonstrators traveled to Berlin from across the country, even as far away as Bavaria and Denmark.
Likewise, the ample number of trade unionists present was exceptional. For decades the unions had been at odds with the concerns of the environmental and anti-nuclear movements, which they claimed was elitist and would cost jobs. Now, as the Social Democrats’ party leader Sigmar Gabriel put it at the demonstrations, the renewable energy industry provides people jobs in parts of the country where there hadn’t been any jobs at all. The goal, he said, was to double them, not to lose them all. "It’s not just about the solar industry,” he said, explicitly linking jobs to environmental concerns. “It’s about whether we’re going to make the Energiewende happen or not.”

Posted by CROATIAN CENTER of RENEWABLE ENERGY SOURCES at 4:18 PM