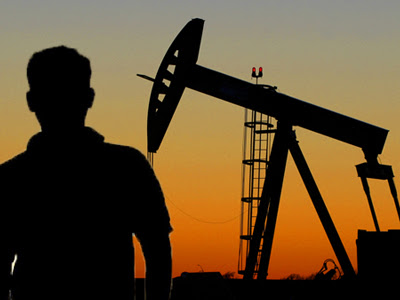 Non‐OPEC Supply. EIA estimates non‐OPEC liquid fuels production in October 2012 to be 0.3
million bbl/d above the same month last year, primarily because of increased crude oil
production from tight oil plays in the United States. Projected non‐OPEC production increases
by 1.3 million bbl/d in 2013 over 2012, largely due to continued production growth from U.S.
tight oil formations and Canadian oil sands. EIA slightly increased its forecast for Canada’s oil
sands output from last month’s Outlook, as Cenovus announced that its phased expansions of
the Christina Lake project are proceeding faster than expected.
Unplanned production outages in non‐OPEC countries declined in October to 0.9 million bbl/d,
from an average of 1.1 million bbl/d in September. The decrease was mostly due to the return
of the U.S. production in the U.S. Gulf of Mexico following disruptions related to the late August
landfall of Hurricane Isaac. Hurricane Isaac led to a peak shut‐in of 1.3 million bbl/d of U.S.
production in the Gulf of Mexico and average disruption volumes of 210 thousand bbl/d in
August and September.

Production from OPEC member states has increased over the past year, especially in Libya and
Iraq, while Saudi Arabia continues to produce nearly 10 million bbl/d. There has also been
growth, although smaller, in Kuwait and the United Arab Emirates. Iraq’s production increased
to 3.2 million bbl/d in October 2012, compared with the year‐ago level of 2.7 million bbl/d. The
increased production was boosted by new infrastructure that facilitates exports of oil from
Iraq’s southern fields. Furthermore, new agreements on payments between the central
government in Baghdad and the Kurdistan Regional Government (KRG) have resulted in
resumed exports from the oil fields located in the area controlled by the KRG. Libyan crude oil
production remained near 1.5 million bbl/d in October, slowly approaching the pre‐crisis level of
near 1.7 million bbl/d.

Nigerian oil production declined for a second consecutive month in October to slightly less than
2.0 million bbl/d. Maintenance‐related outages reduced Nigeria’s production in September,
which fell again in October due to floods and pipeline sabotage. The floods mostly affected
onshore oil and gas production from Total and Eni and curtailed natural gas shipments to the
Bonny liquefied natural gas (LNG) facility. However, Total stated that increases from some of its
offshore oil fields partially compensated for the lost output. Meanwhile, pipeline sabotage
caused production delays and led Shell to declare force majeure on Bonny and Forcados crude
oil exports in mid‐October.

special thanks to U.S. Department of Energy | USA.gov

Global OPEC surplus capacity, overwhelmingly concentrated in Saudi Arabia, remains relatively
tight by historical standards, and is estimated at 2.0 million bbl/d over the past two months.
OPEC surplus capacity grows slowly over the next year to 3.3 million bbl/d by the second quarter
of 2013. This estimate does not include additional capacity that may be available in Iran, but
which is currently offline due to the impacts of U.S. and EU sanctions on Iran’s ability to sell its
oil.
OECD Petroleum Inventories. EIA estimates that OECD commercial oil inventories ended 2011
at 2.60 billion barrels, equivalent to just under 56 days of forward‐cover. Projected OECD oil
inventories increase to 2.65 billion barrels and just over 57 days of forward‐cover by the end of
2012. Forecast days of supply are at the highest end‐of‐year levels since 1991 because of the
decline in OECD consumption over the past seven years.
Crude Oil Prices. EIA projects the price of Brent crude oil will average $112 per barrel in 2012
and $103 per barrel in 2013, both mostly unchanged from last month’s Outlook. EIA expects the
WTI price to average $89 per barrel in the fourth quarter of 2012, about $4 lower than last
month’s Outlook¸ and to mostly remain at this level throughout the forecast period averaging
$88 per barrel in 2013. After increasing to $22 per barrel in October of this year, the WTI crude
oil spot price discount to the Brent crude oil spot price will average $20 per barrel in the fourth
quarter of 2012 before falling to $11 per barrel by the end of 2013, according to EIA.

Posted by CROATIAN CENTER of RENEWABLE ENERGY SOURCES at 11:00 AM