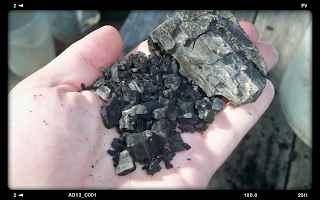 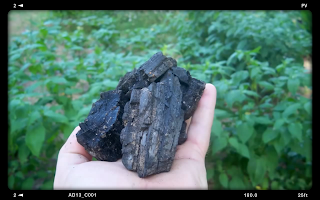 The thermal process that produces biochar is called pyrolysis, pyro, meaning fire and lysis, meaning separation. During pyrolysis, the crucial trace elements found in plants (over 50 metals) become part of the carbon structure, thereby preventing them from being leached out while making them available to plants via root exudates and microbial symbiosis.
A range of organic chemicals are produced during pyrolysis. Some of these remain stuck to the pores and surfaces of the biochar and may have a role in stimulating a plant’s internal immune system, thereby increasing its resistance to pathogens. The effect on plant defense mechanisms was mainly observed when using low temperature biochars.This potential use is, however, only just now being developed and still requires a lot of research effort. 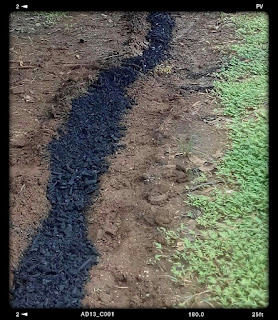 Soil mineral depletion is a major issue due mainly to soil erosion and nutrient leaching. The addition of biochar is a solution because biochar has been shown to improve soil fertility, to promote plant growth, to increase crop yield, and to reduce contaminations. We review here biochar potential to improve soil fertility. The main properties of biochar are the following: high surface area with many functional groups, high nutrient content, and slow-release fertilizer. 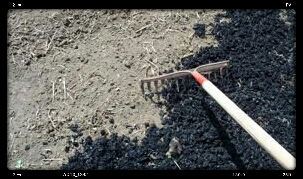 Biochar is much too valuable for it to be just added to soil without using it at least once for other beneficial purposes. Basic uses include: drinking water filtration, sanitation of human and kitchen wastes, and as a composting agent. All of these uses have been documented in many different pre-industrial cultures. In the modern world, the uses multiply: adsorber in functional clothing, insulation in the building industry, as carbon electrodes in capacitors for energy storage, food packaging, waste water treatment, air cleaning, silage agent or feed supplement. All those uses could be part of more complex cascades when, after extended up- and down cycling, biochar can be used in a farmer’s manure slurry pit or in a sewage treatment plant, before being composted and thus finally becoming a soil amendment. Biochar should only be worked into the soil at the end of such cascades, keeping in mind that some biochar uses, for cleaning up metal or chemical contamination, would render the biochar unsuitable for agricultural soils and need different recycling pathways. 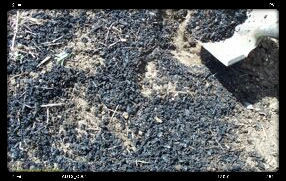 At present some 40% of the biochar used in Croatia goes into animal farming.
Different to its application to Croatian fields, a farmer will notice its effects within a few days. Whether used in feeding, litter or in slurry treatment, a farmer will quickly notice less smell. Used as a feed supplement, the incidence of diarrhea rapidly decreases, feed intake is improved, allergies disappear, and the animals become calmer. In Germany, researchers conducted a controlled experiment in a dairy that was experiencing a number of common health problems: reduced performance, movement disorder, fertility disorders, inflammation of the urinary bladder, viscous salivas, and diarrhea. Animals were fed different combinations of charcoal, sauerkraut juice or humic acids over periods of 4 to 6 weeks. Experimenters found that oral application of charcoal (from 200 to 400 g/day), sauerkraut juice and humic acids influenced the antibody levels to C. botulinum, indicating reduced gastrointestinal neurotoxin burden. They found that when the feed supplements were ended, antibody levels increased, indicating that regular feeding of charcoal and other supplements had a tonic effect on cow health. 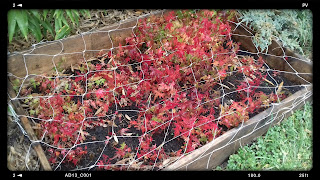 20% of the biochar used in Croatia goes into soil.
The application of biochar into soils has great potential for improving soils fertility and promoting plant growth. The choice of biochar managing various soils is flexible, because diverse biomass materials could be used as feedstocks of biochars and the feedstocks could be pyrolyzed at different temperatures. Moreover, biochar has huge surface area, well-developed pore structure, amounts of exchangeable cations and nutrient elements, and plenty of liming. Because of these properties, soil properties could be improved after biochar treatment. For instance, the huge surface area and well-developed pore structure may increase the water holding capacity and microbial abundance. The cation exchange capacity and availability of nutrients could be increased due to the amounts of exchangeable cations and nutrient elements. The increased pH of soils should be attributed to the plenty of liming contained in biochar. Therefore, improvements of soil physical, chemical, and biological properties promote the productivity of plant through increasing the amount of nutrient elements, enhancing availability of nutrient elements, reducing nutrient leaching, and mitigating gaseous nutrients losses. 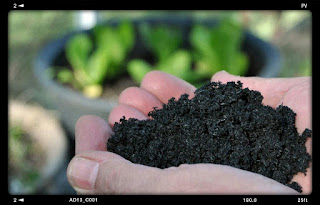 These results of characterization analyses, column experiments and some field trials indicated that biochar could be designed or may have the potential to manage specific soil purposefully, through controlling the feedstock and pyrolysis conditions. Biochar can be a novel and feasible fertilizer directly or indirectly. This is not only because of the biochars fertility but also their environmental and economic benefits. Despite the interests of using biochars to manage soils is increasing, some studies are also reported the negative effects and a number of research gaps as well as uncertainties still exist as discussed above in this review. In order to clear these knowledge gaps, further relevant investigations are inevitable in the following research, especially long-term experiments.